Still reeling from the incredible energy last night at the closing of Biscayne Green. Thank you the over 20,000 people who joined us in utilizing this pop-up promenade over the past 20 days. What an incredible and encouraging experience for our city! Already missing it but hoping initiatives like this will be commonplace. Video: Azeez Bakare Studios LLC

The permanent transformation of Biscayne Boulevard took a big step forward in January of 2017, when Street Plans, in partnership with the Miami Downtown Development Authority and with seed funding from the John S. and James L. Knight Foundation and The Miami Foundation, implemented the next phase of the long-term vision: Biscayne Green. For three weeks, Biscayne Green transformed 101 parking spaces– two parking medians– into new public spaces, testing design ideas to inform the long-term re-design of Biscayne Boulevard. Two travel lanes were transformed into a dedicated bus/bike lane and on-street parallel parking, and the surrounding crosswalks were also enhanced with pavement art– the first art crosswalks implemented on Florida Department of Transportation roads in Miami-Dade County.

Both parking islands were programmed throughout the three weeks by yours truly, starting with 16 planned events, and eventually reaching over 30 spontaneously organized activities. One parking median included a turf open lawn, a dog park, a children’s playground, and seating area. Elements of the second parking median were donated by the Miami-Dade County Department of Parks, Recreation, and Open Spaces, and created by Moonlighter Makerspace. The second median featured painted asphalt and hanging lights, and was used primarily for vendors, music, and dance. Over the course of the three weeks, Biscayne Green was visited by over 17,000 people who participated in the events, and who brought their families and pets to enjoy the project’s more passive amenities. Before the intervention was removed, more parallel parking was also implemented a block north of the second parking median.

Miami DDA’s long-term plan for Biscayne Boulevard includes cutting four lanes of traffic to make room for bikes, pedestrians, and public transit, and transforming four median parking lots into permanent public space. As a next step towards the permanent vision, FDOT just approved $400,000 in funding for a “lane elimination analysis.” 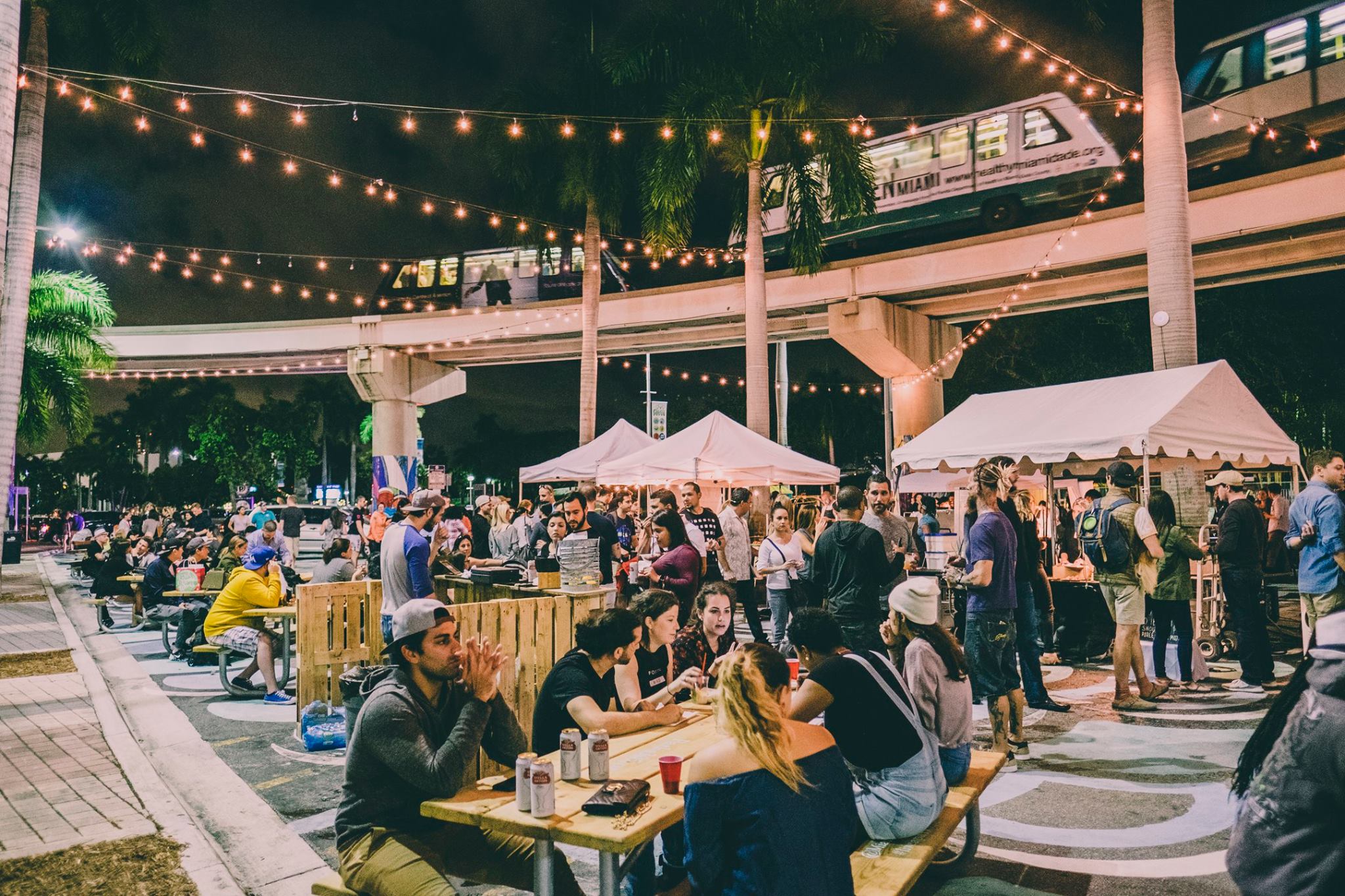 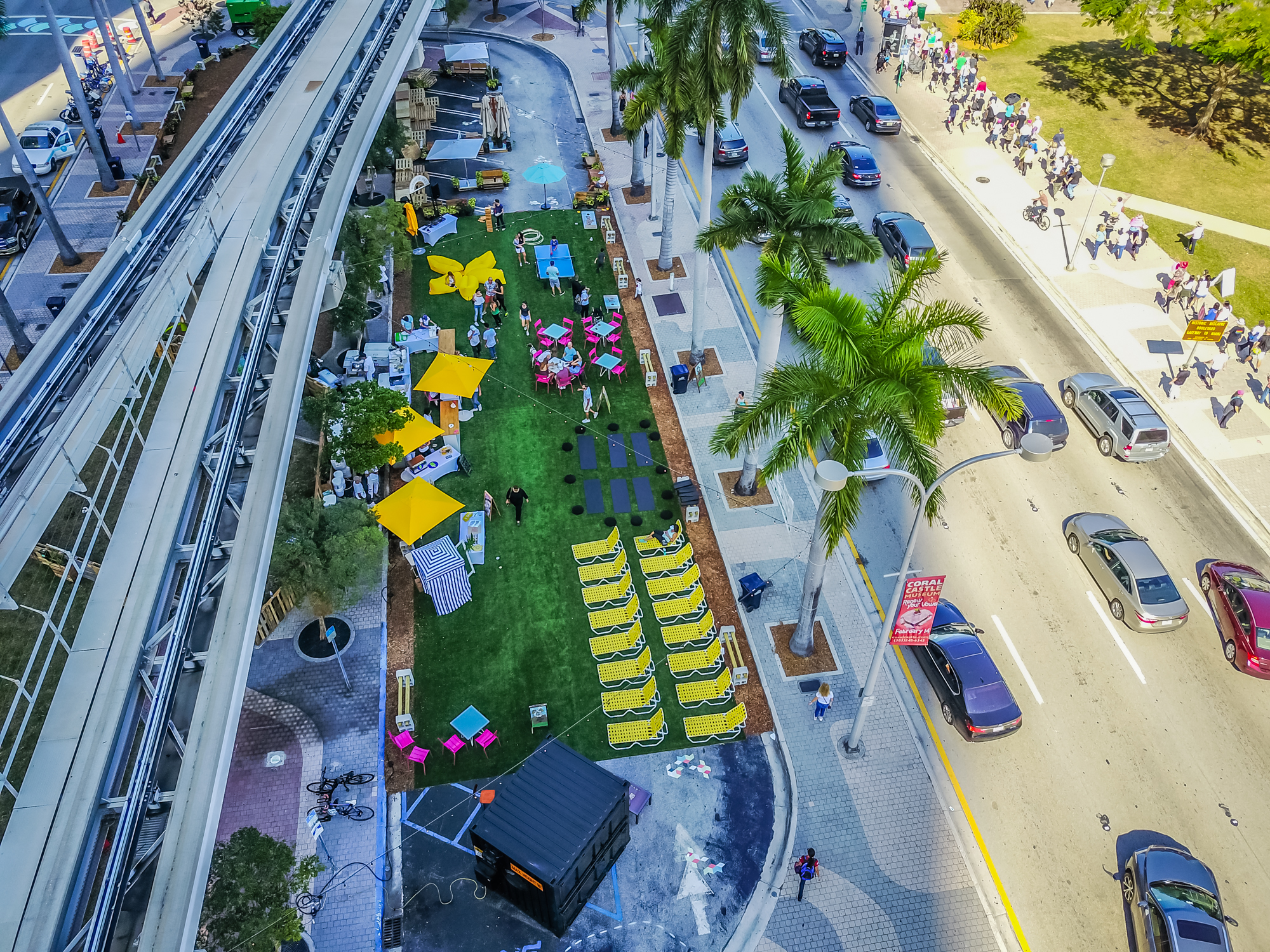 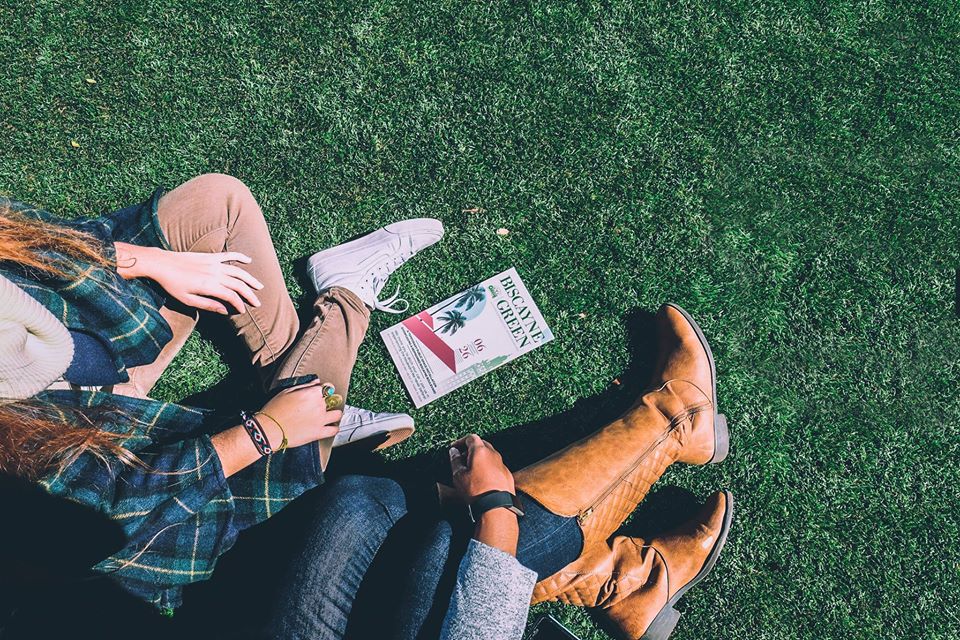 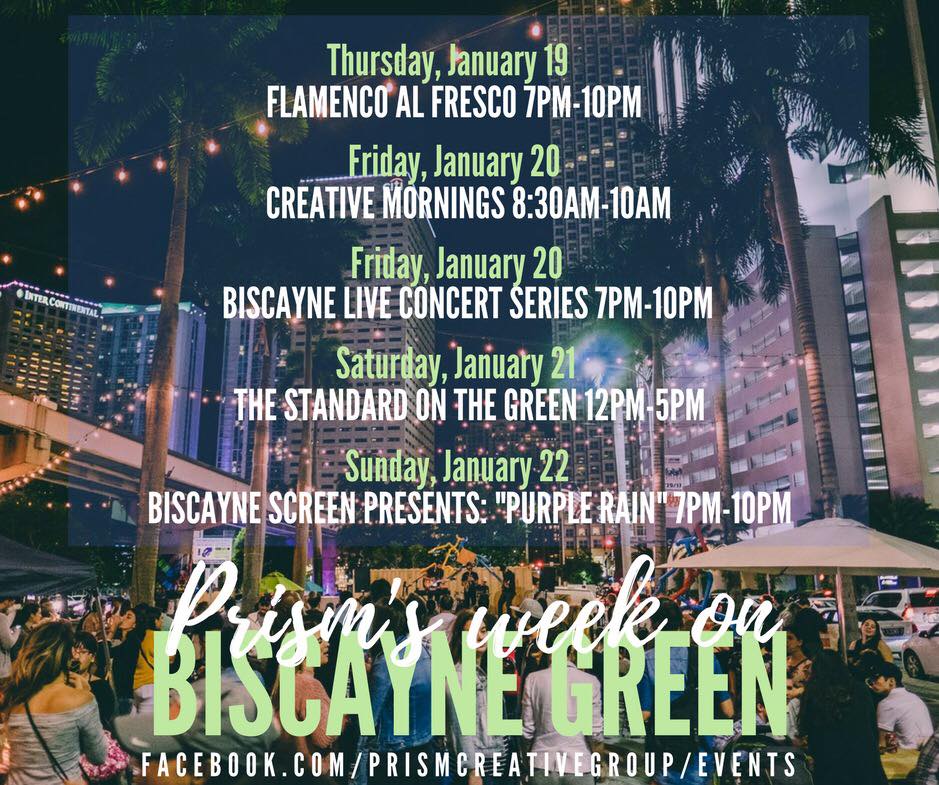 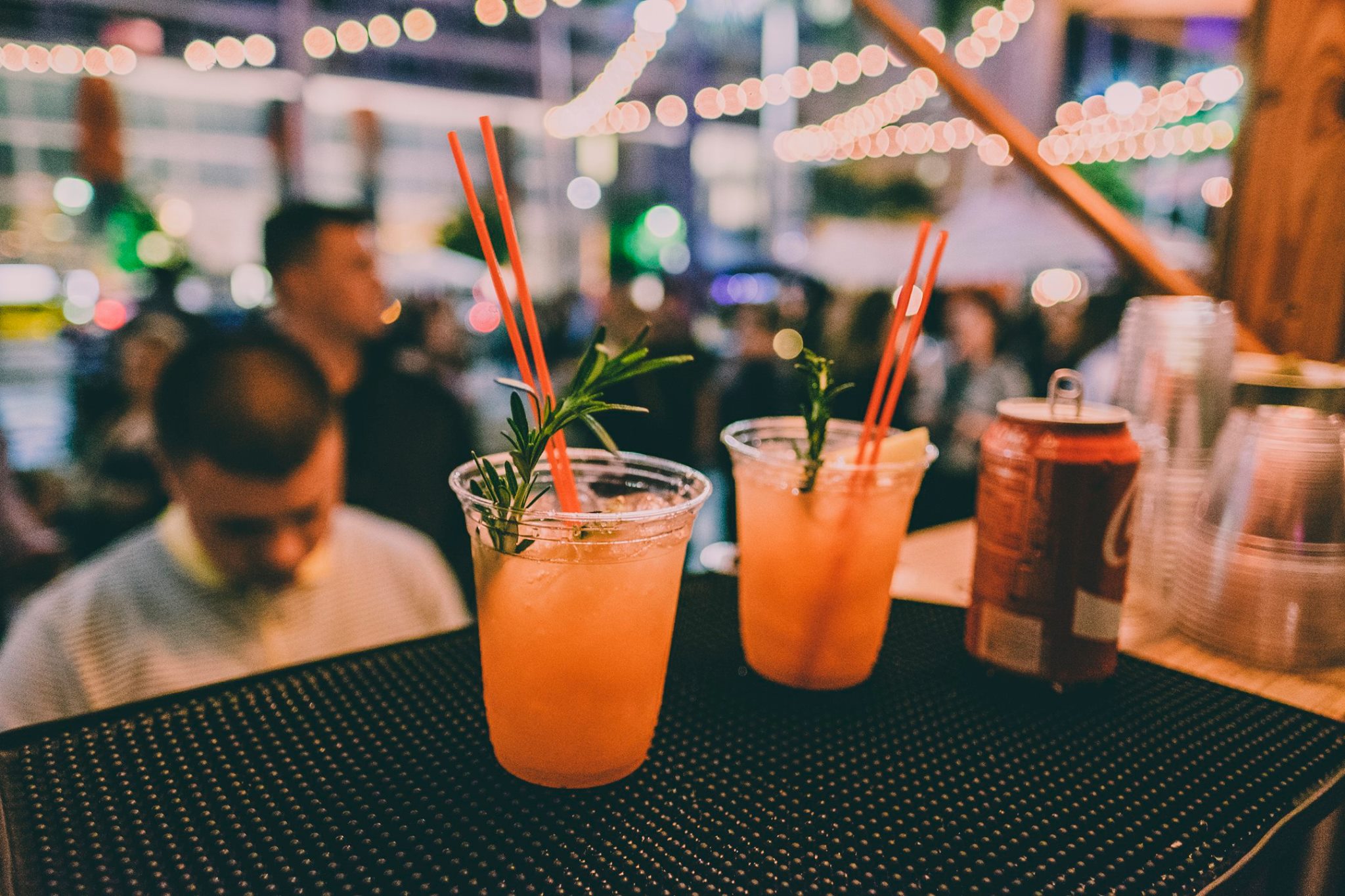 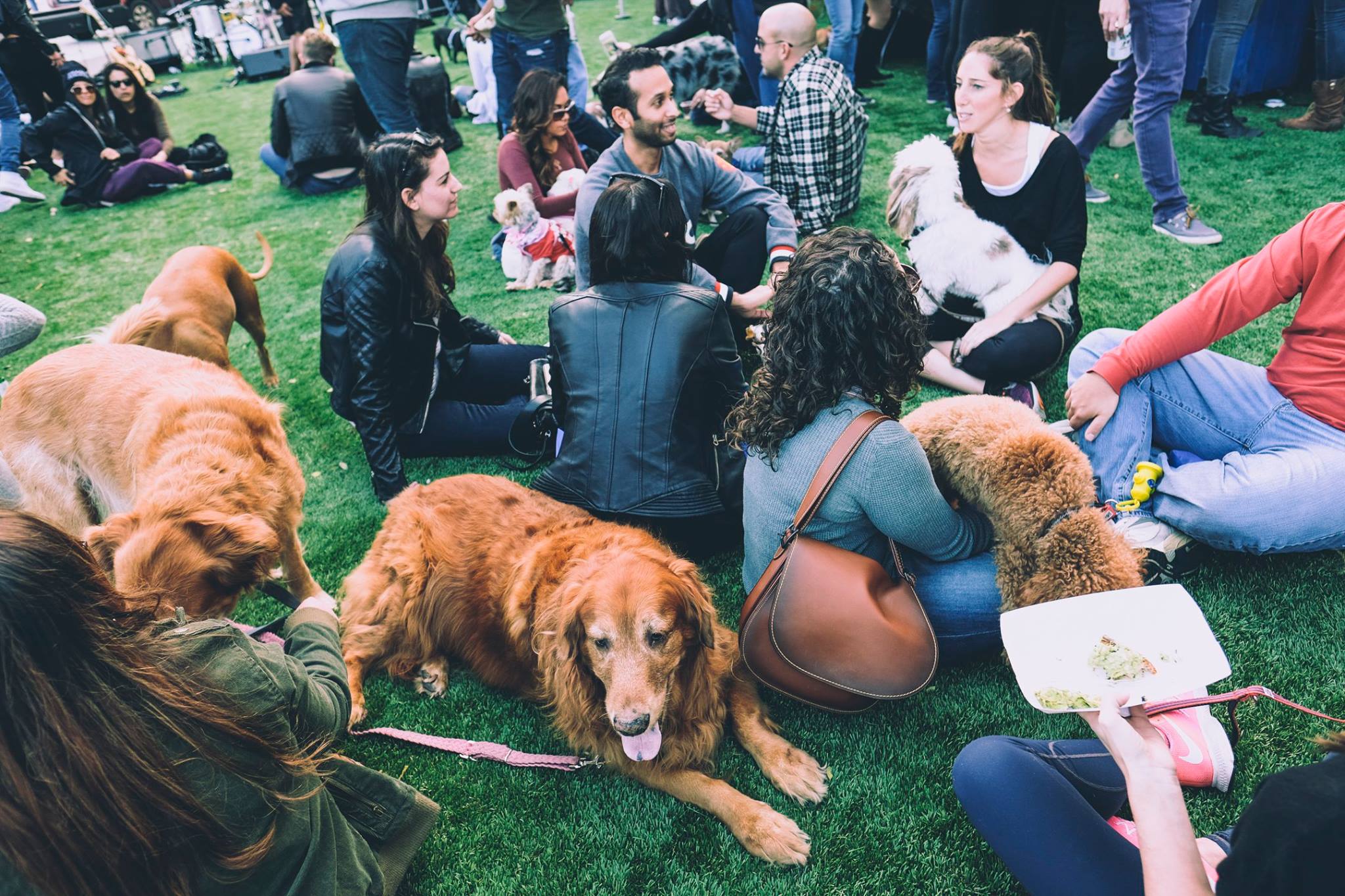 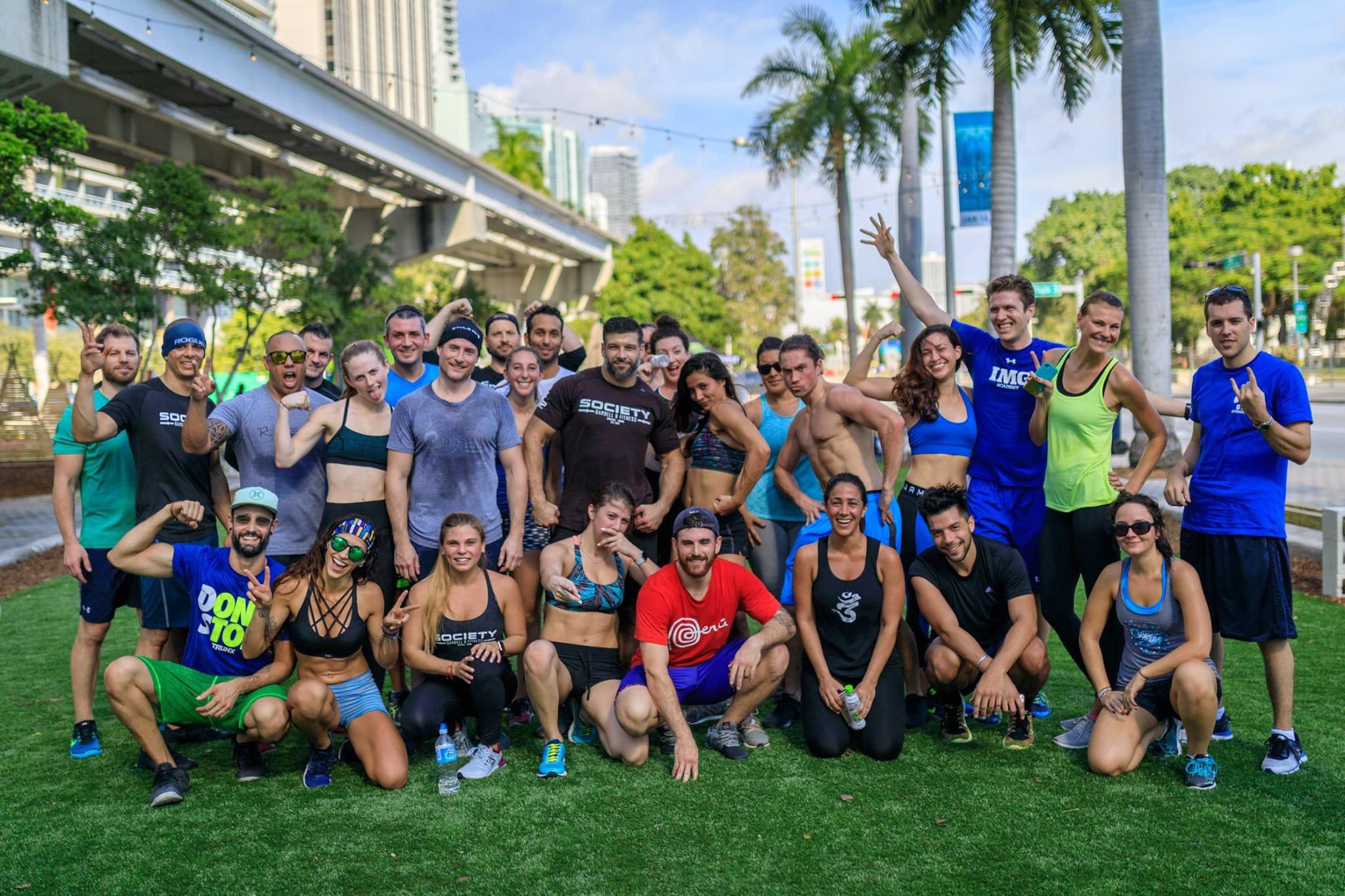 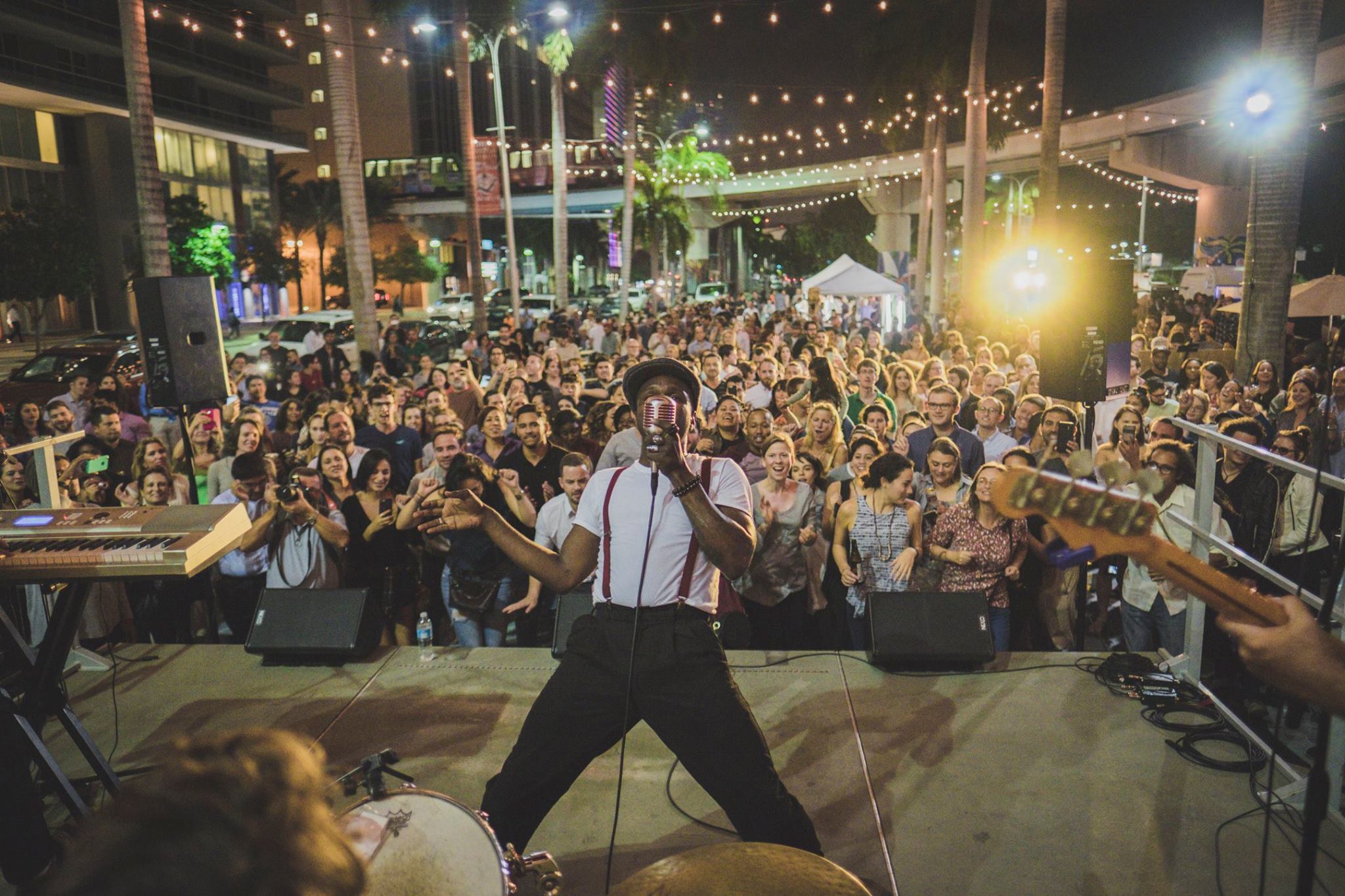 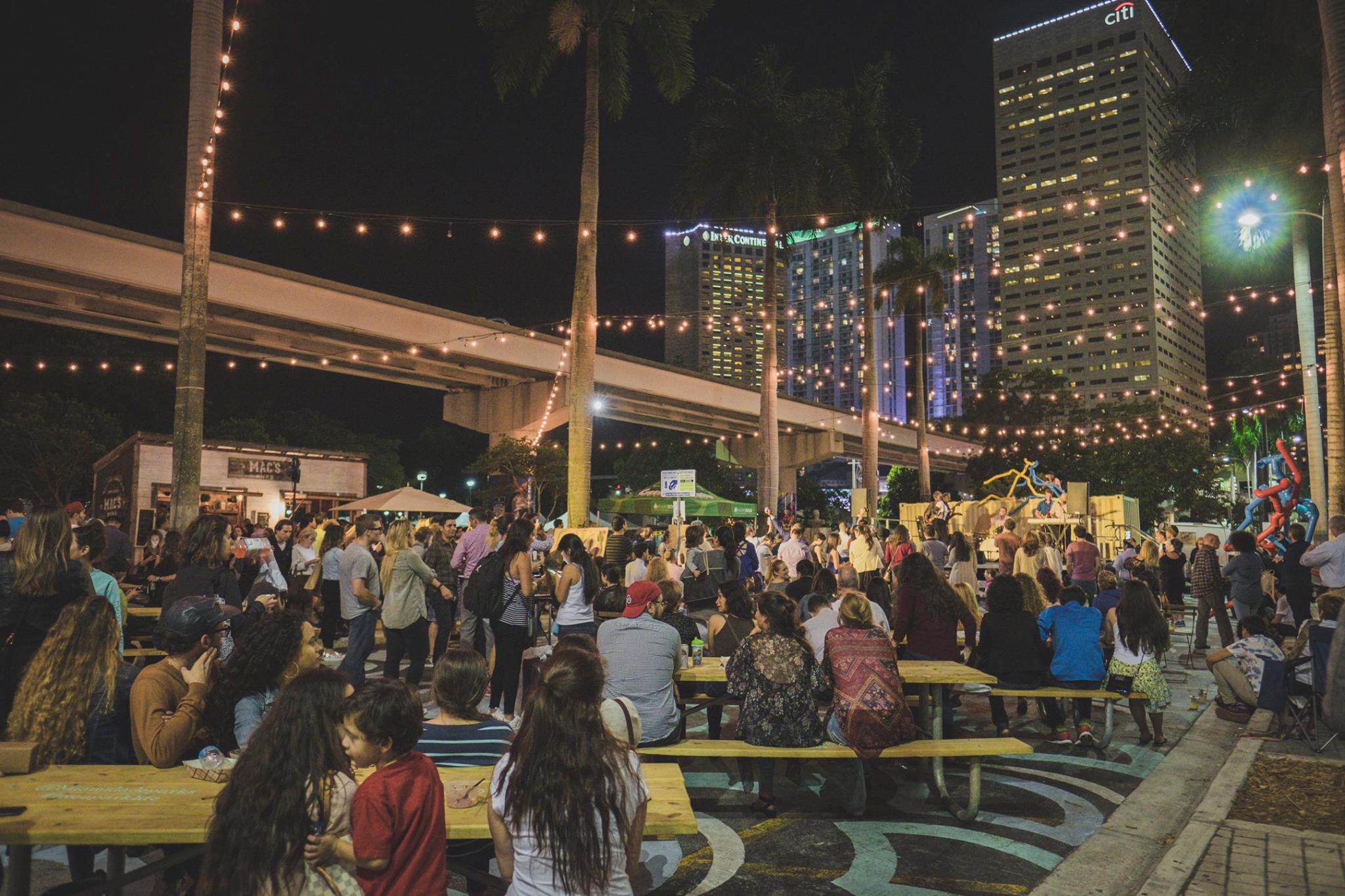 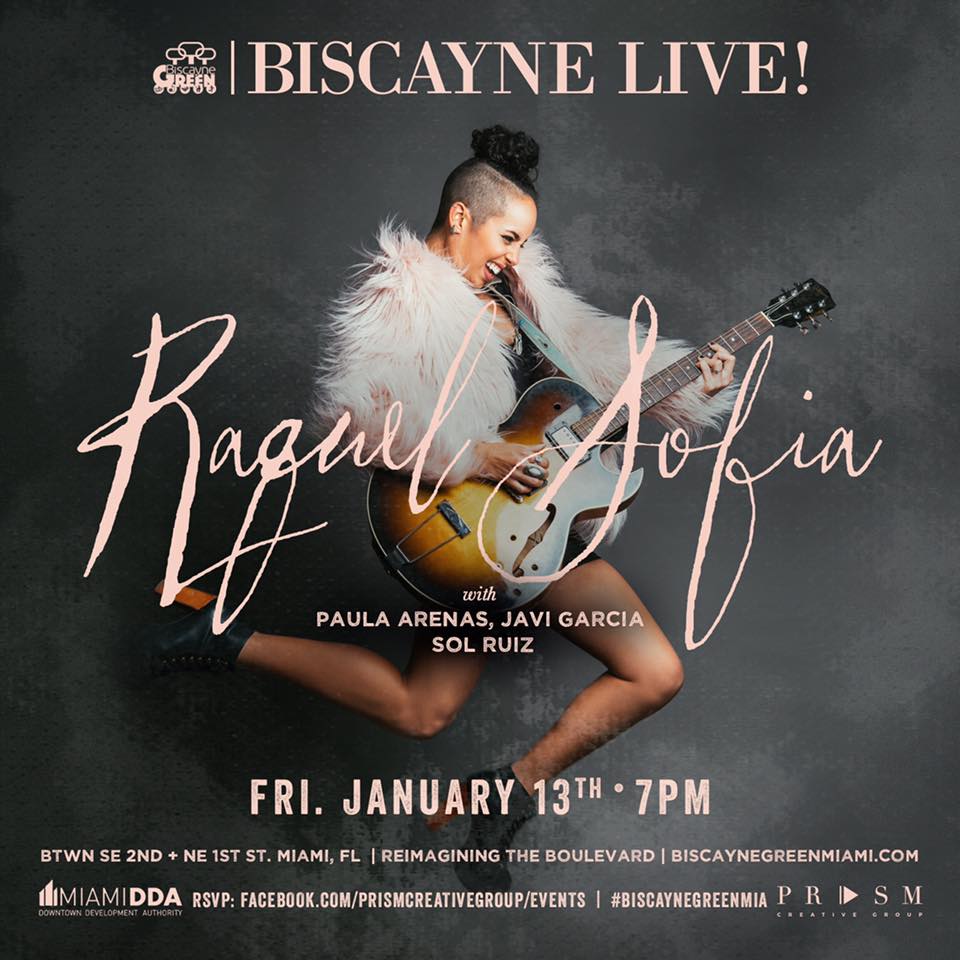 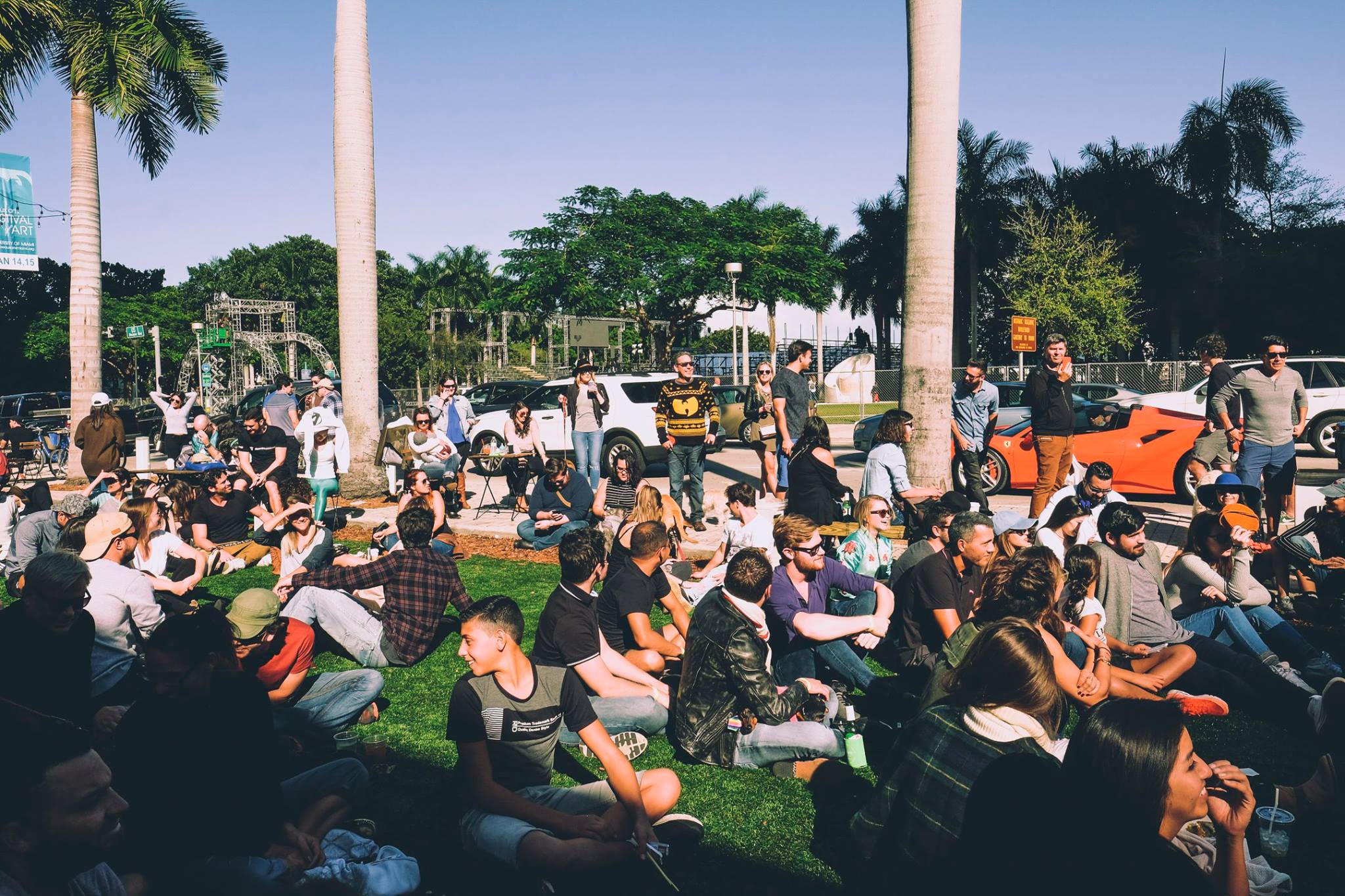 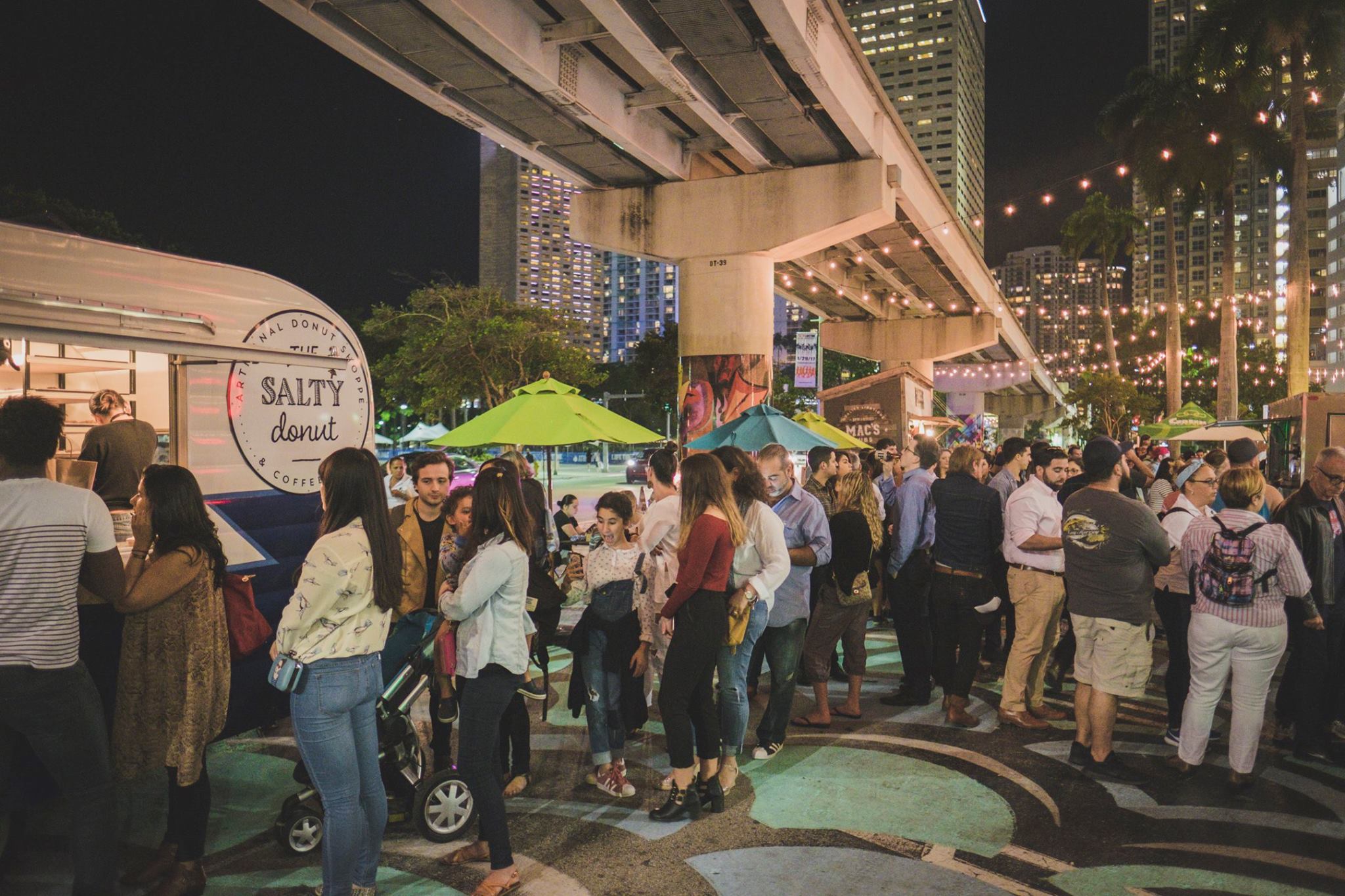 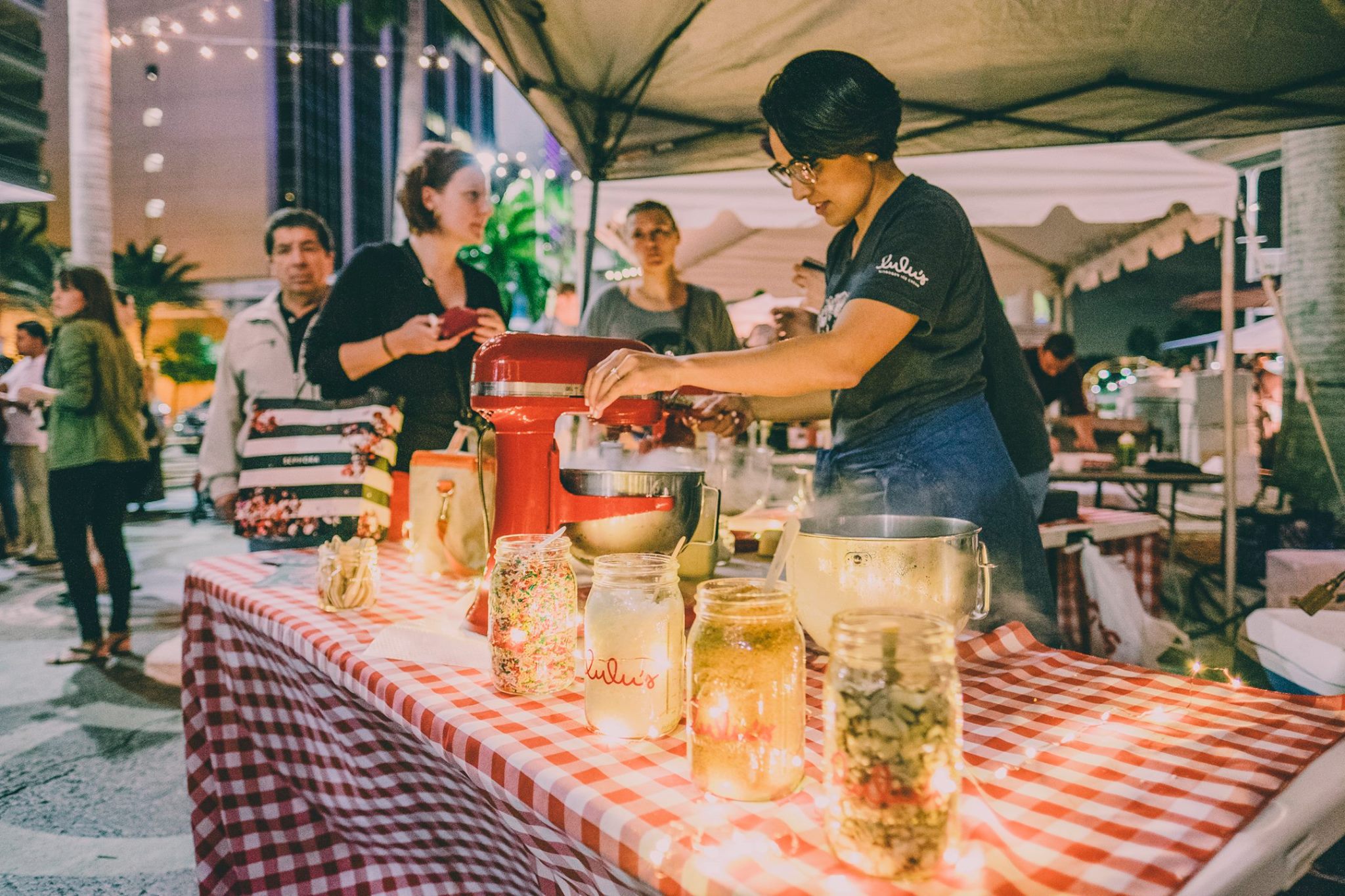 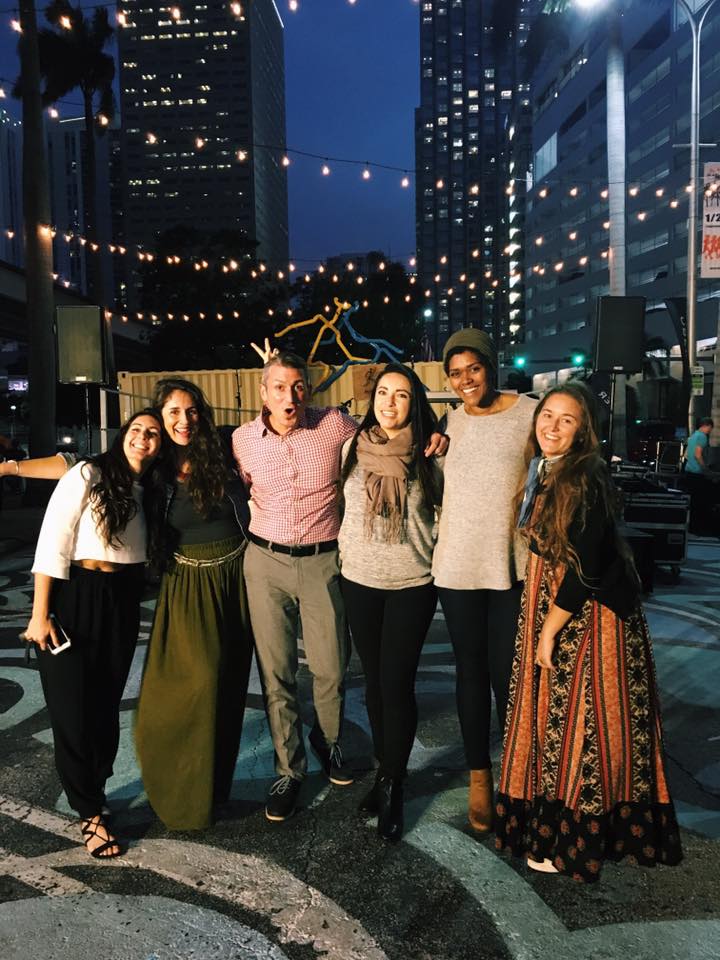 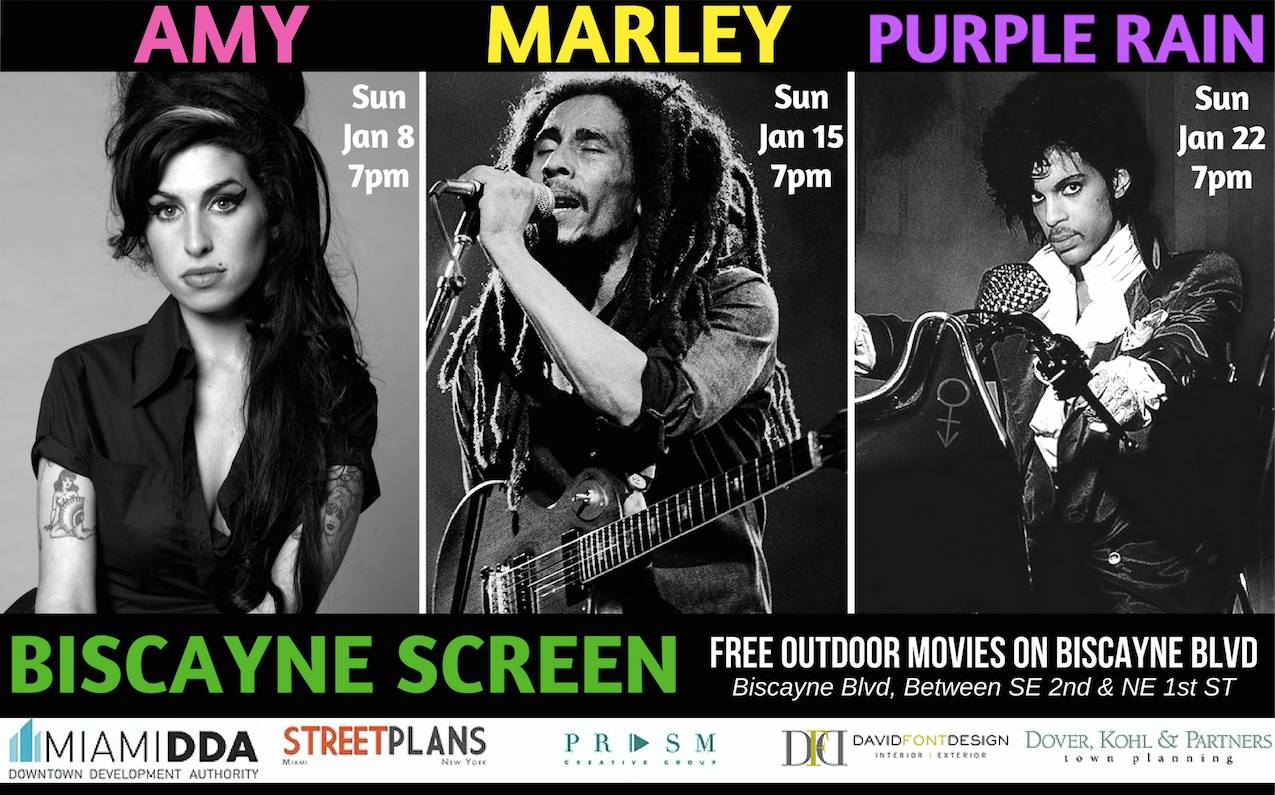 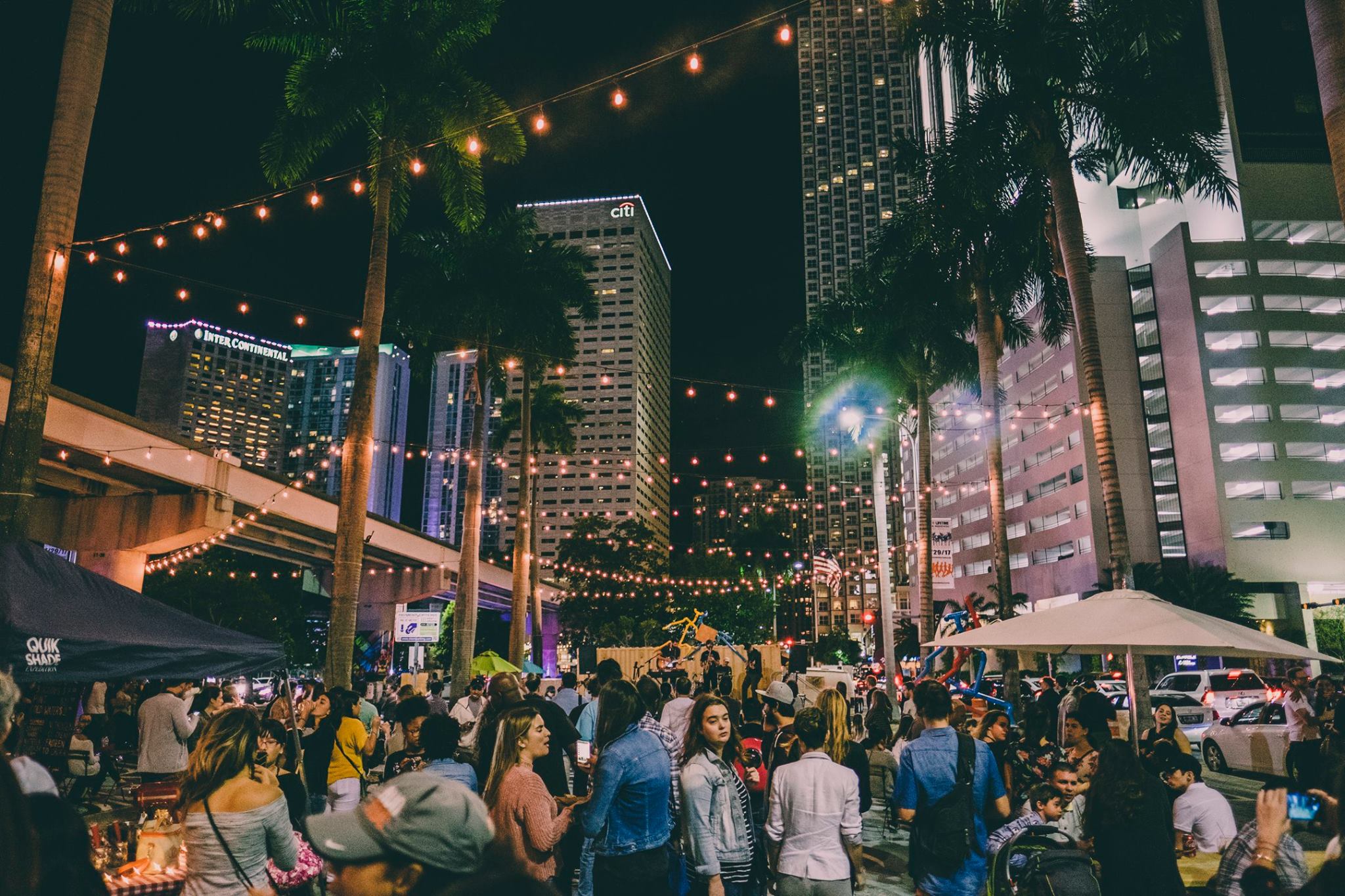 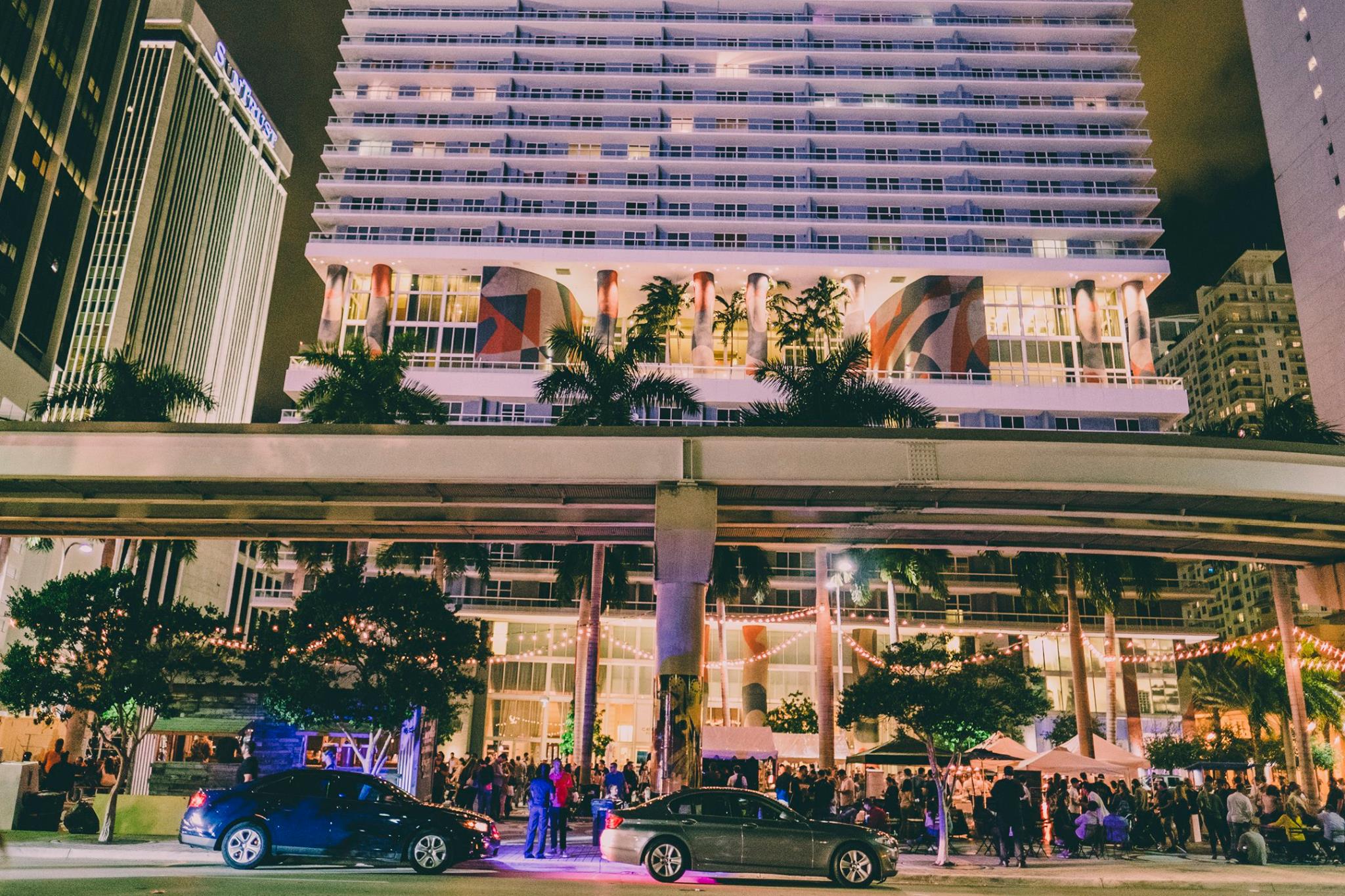 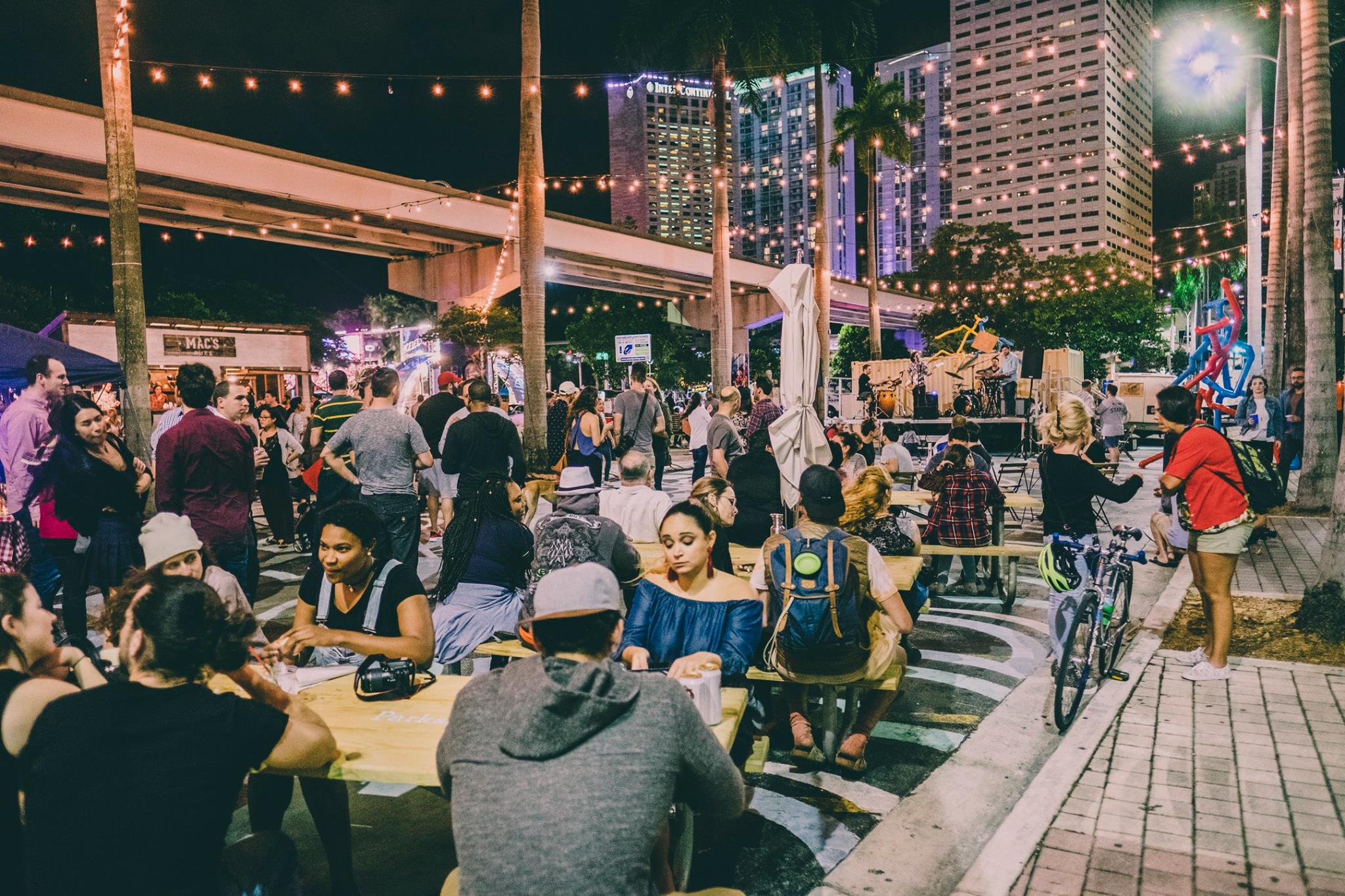 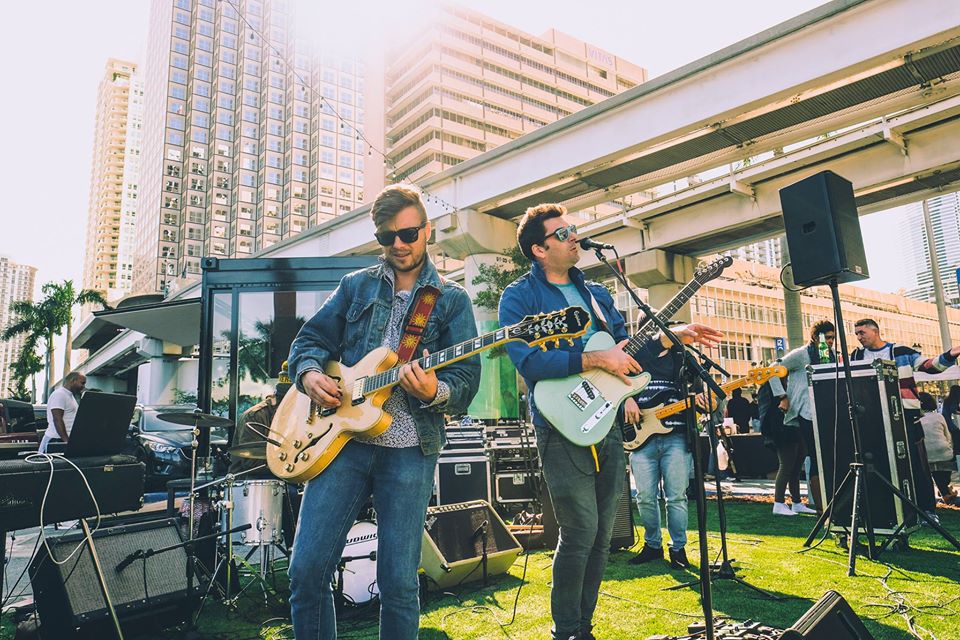 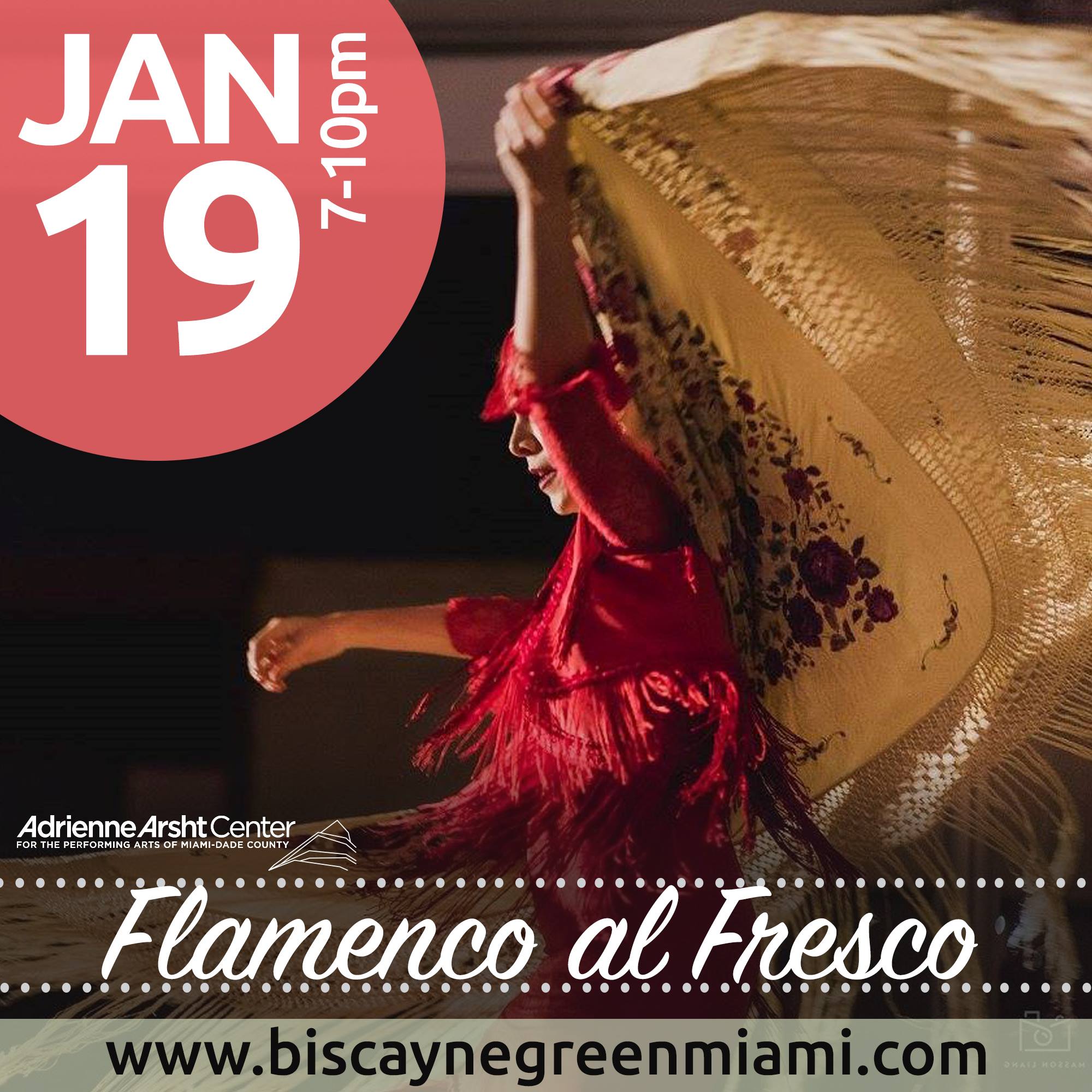 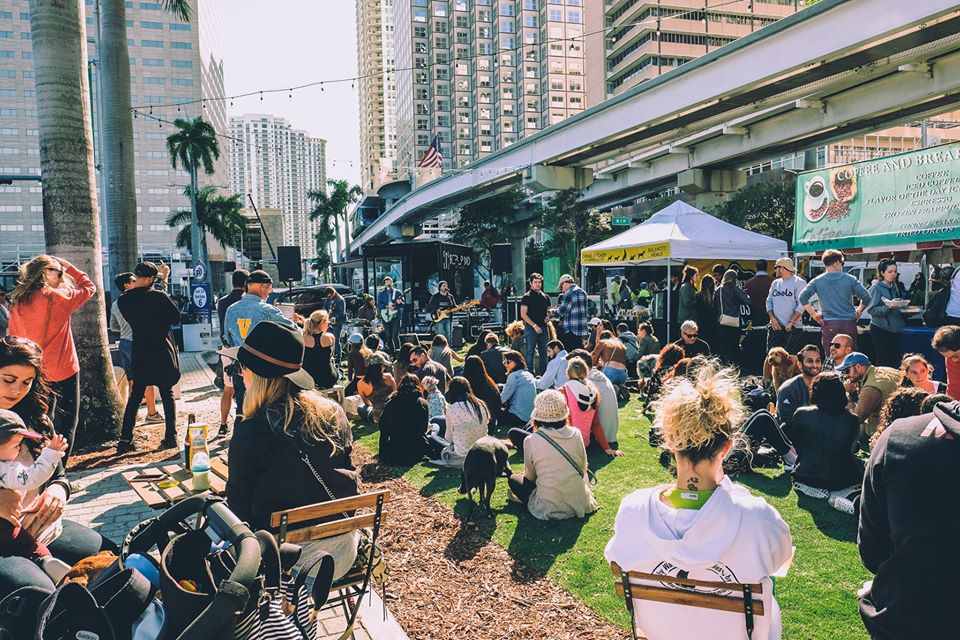 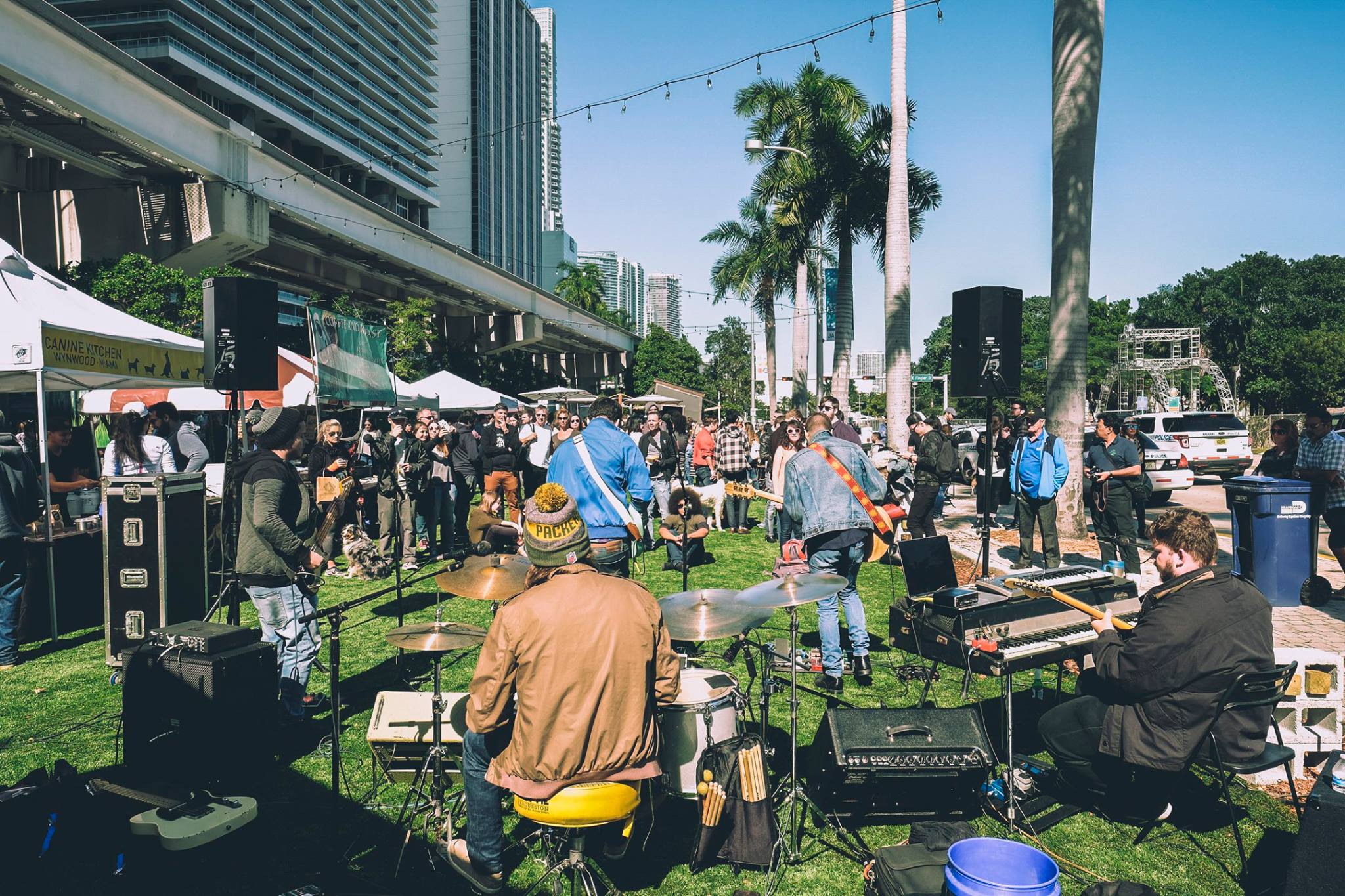 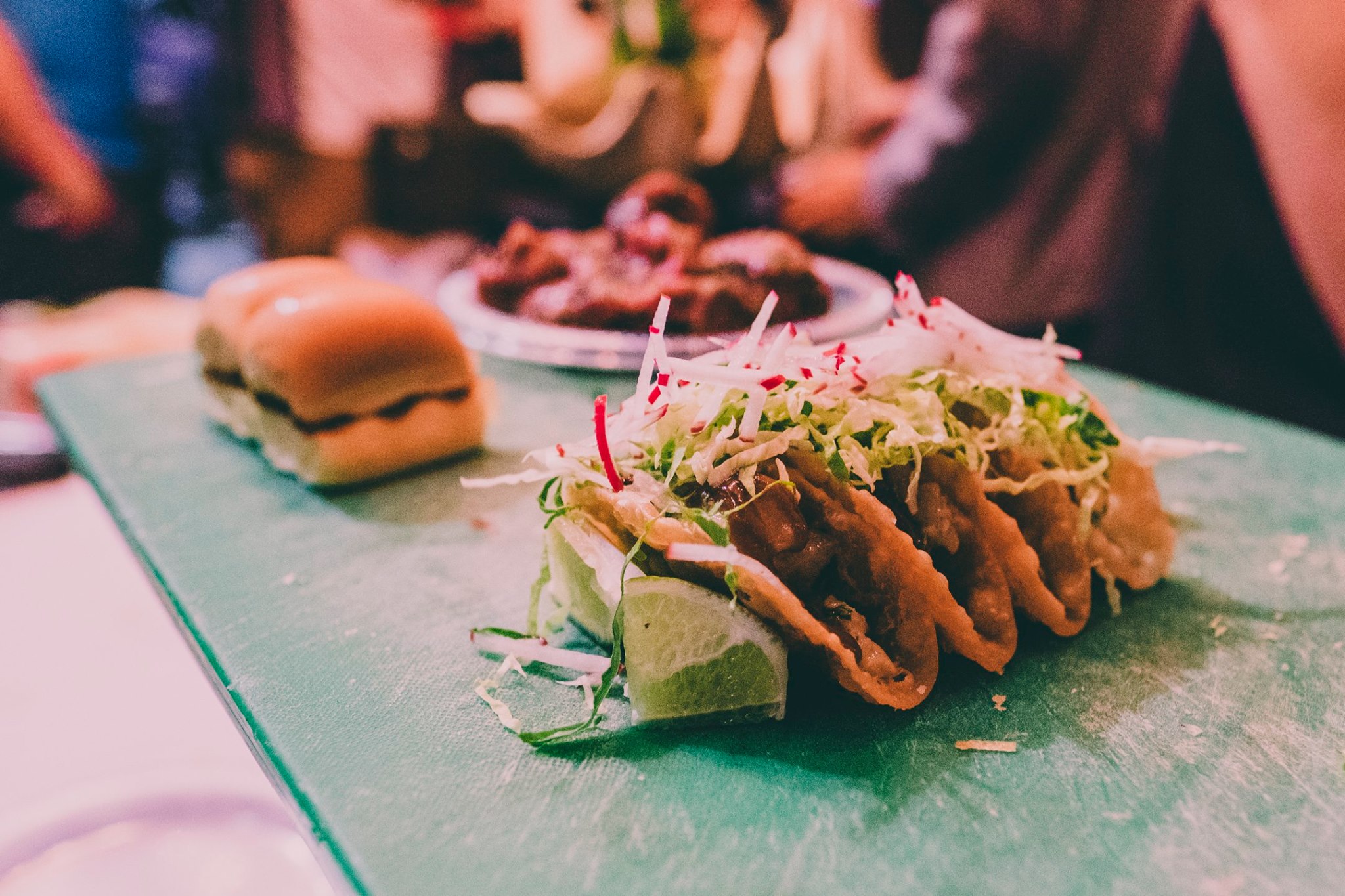 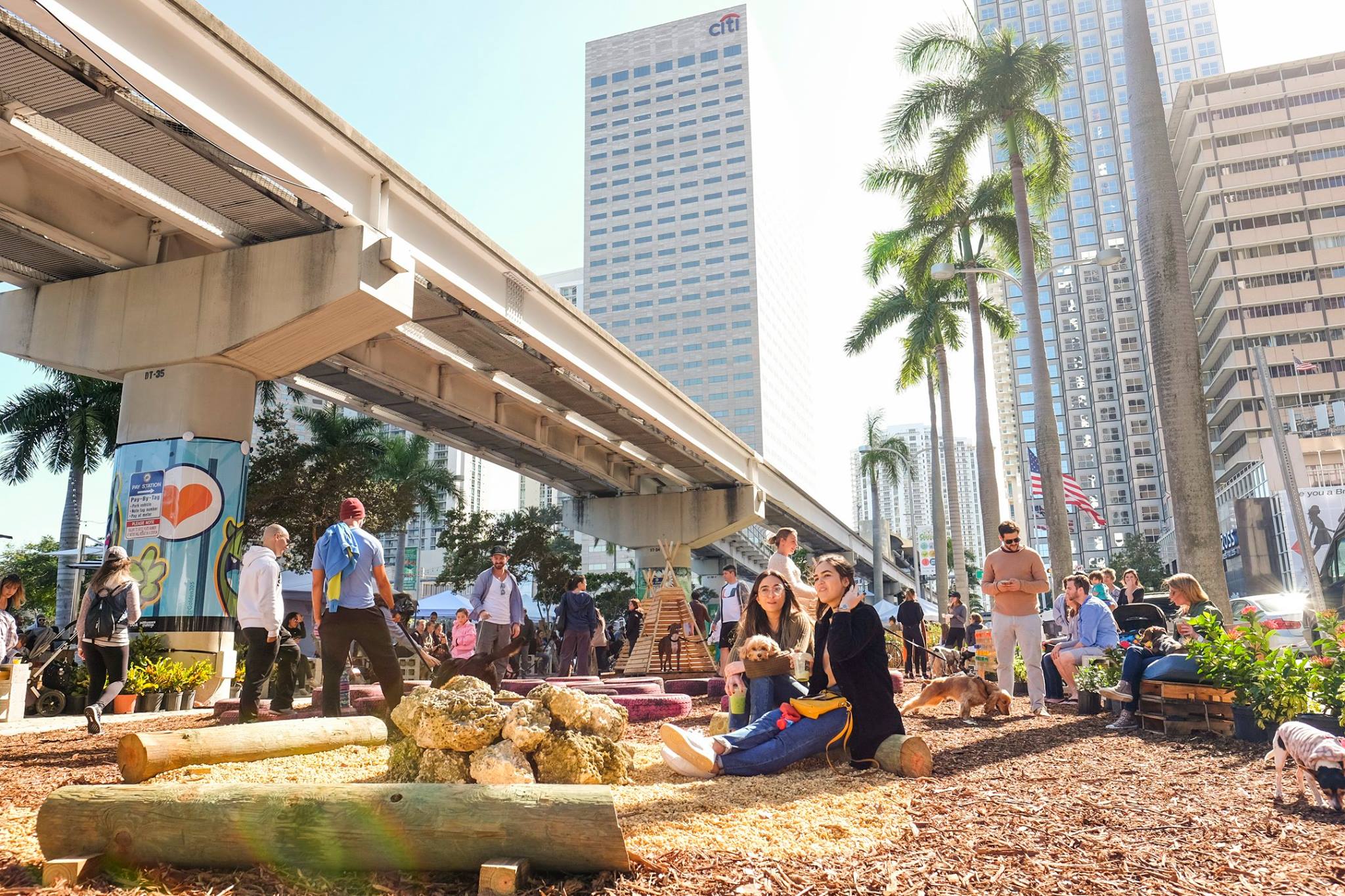 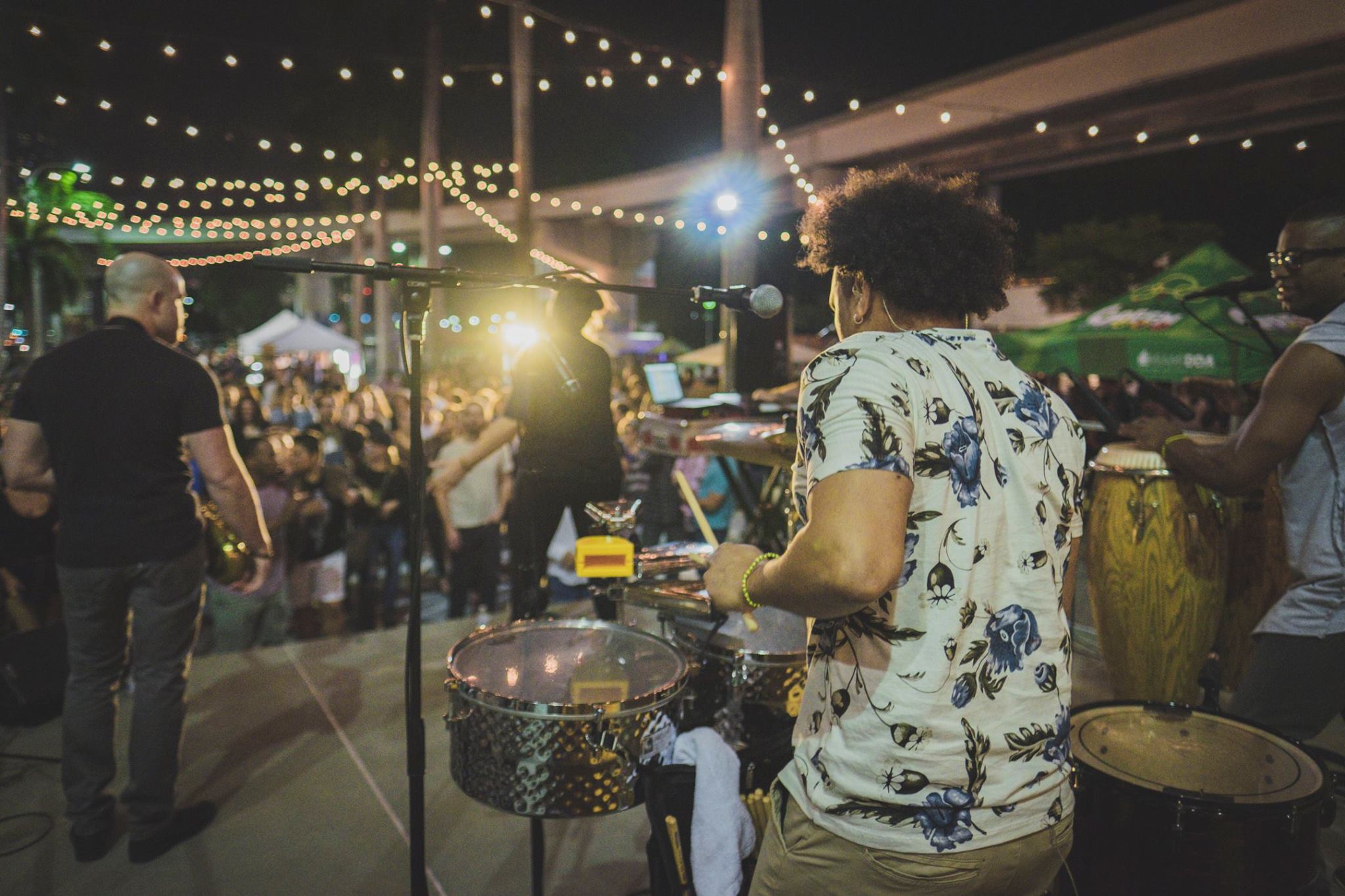 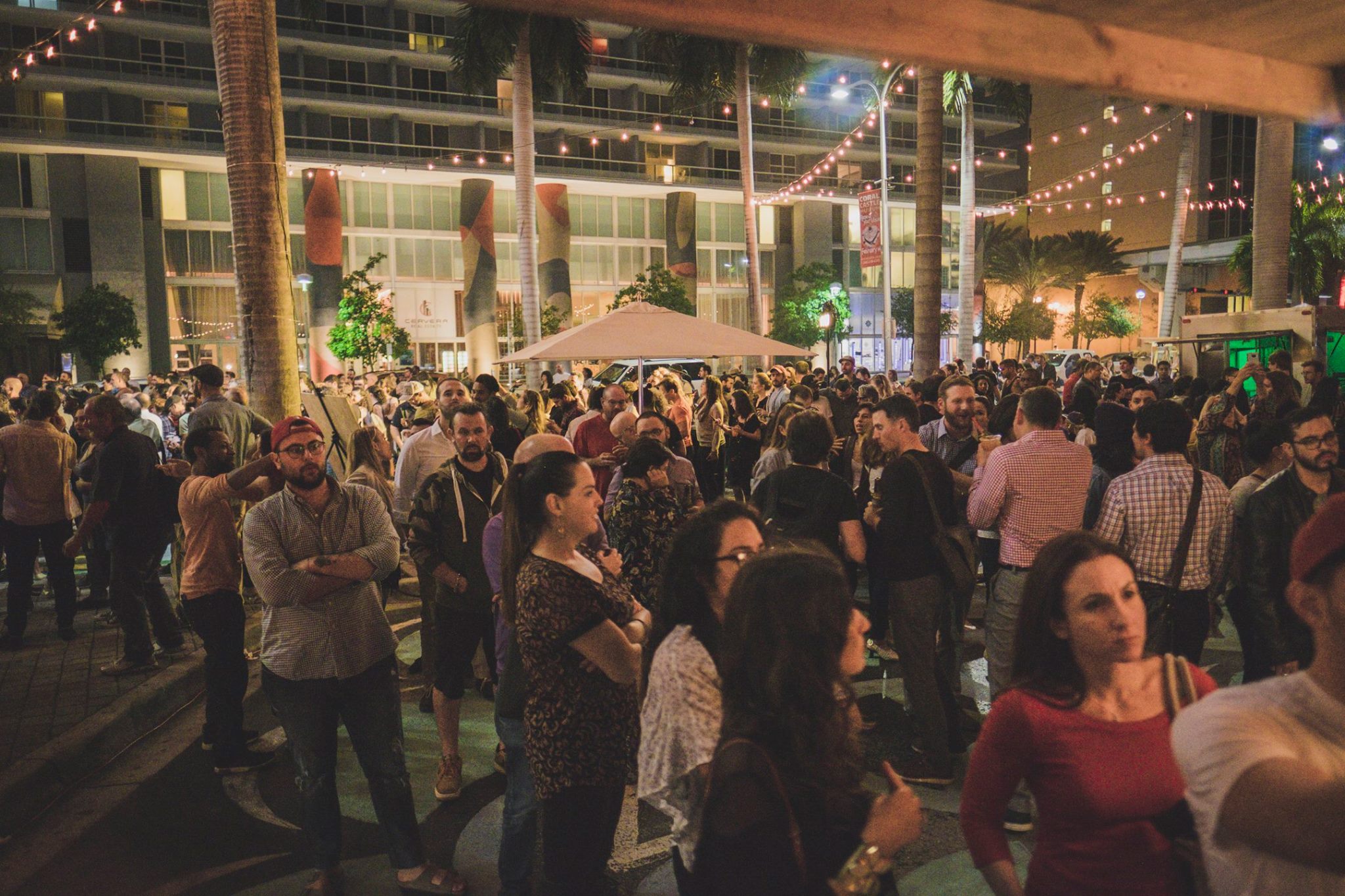 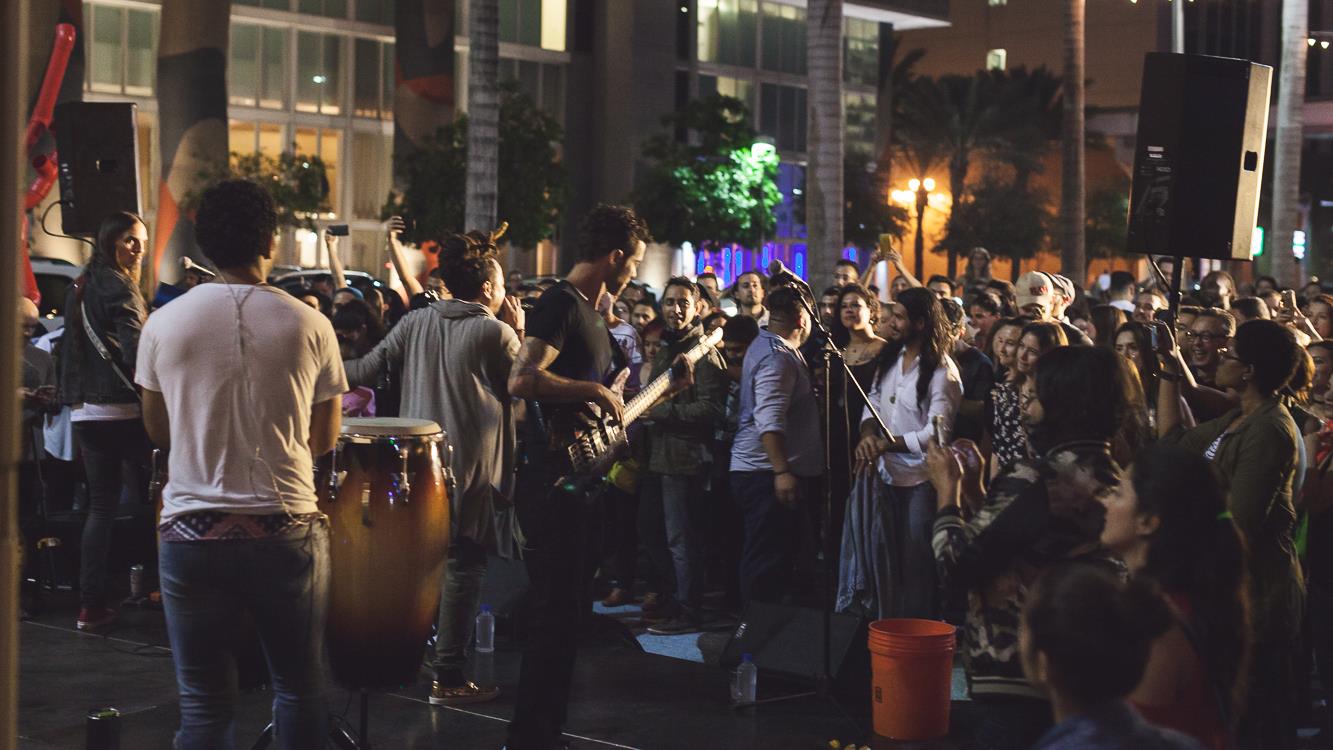 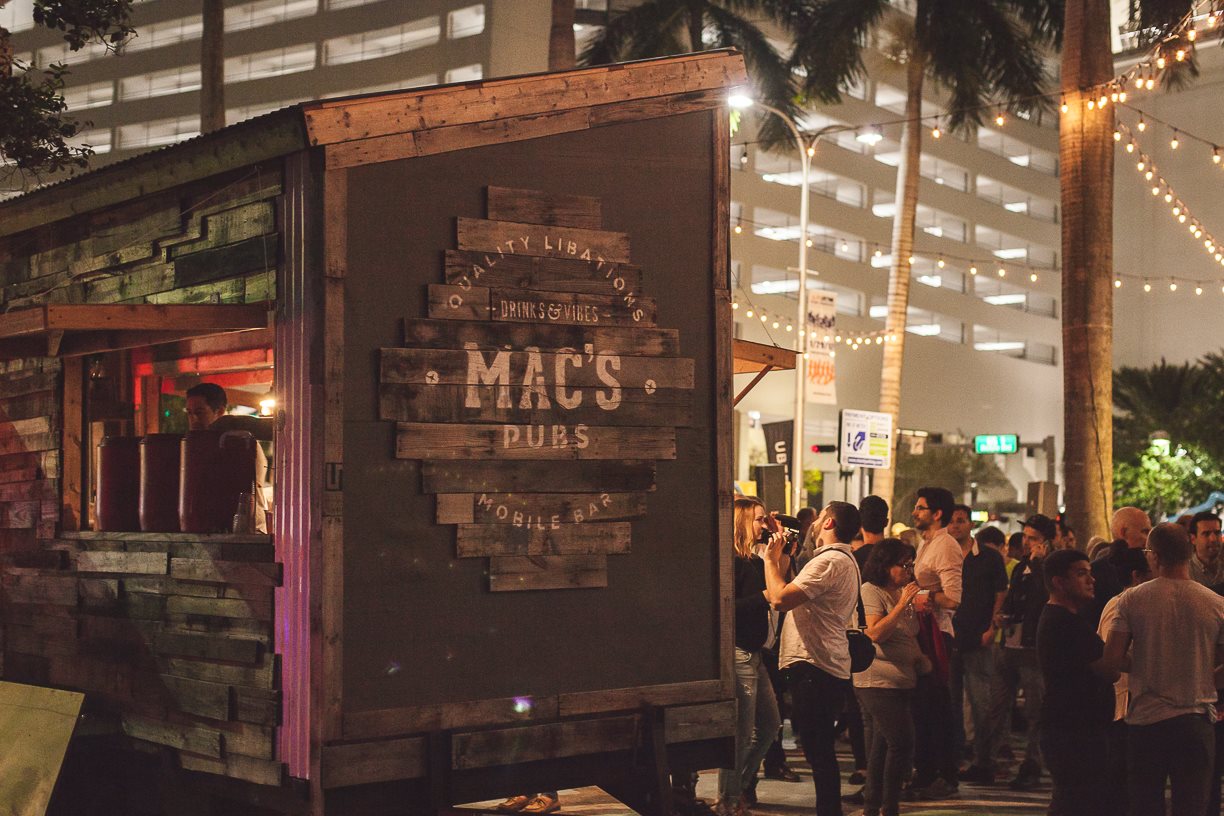 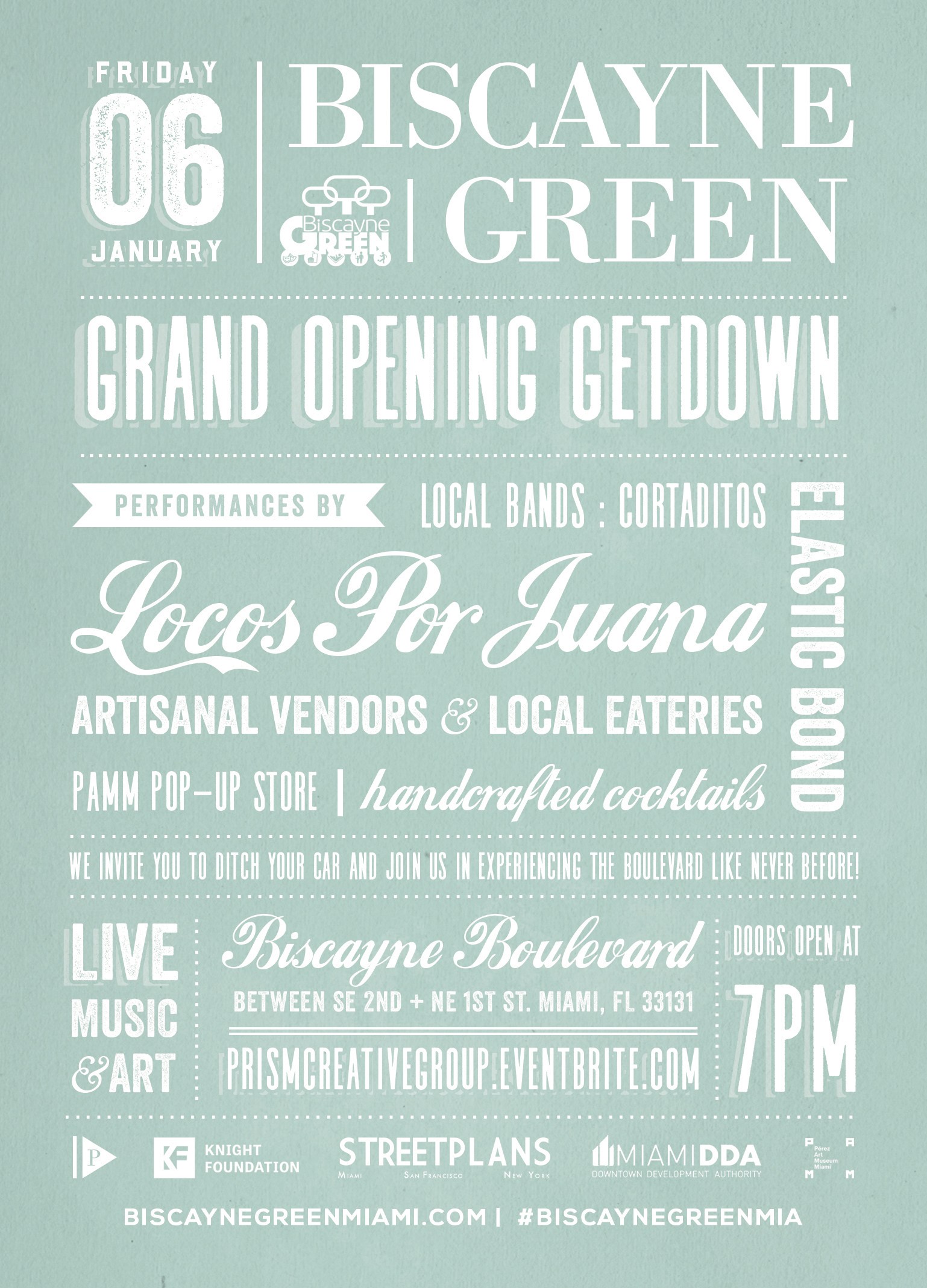 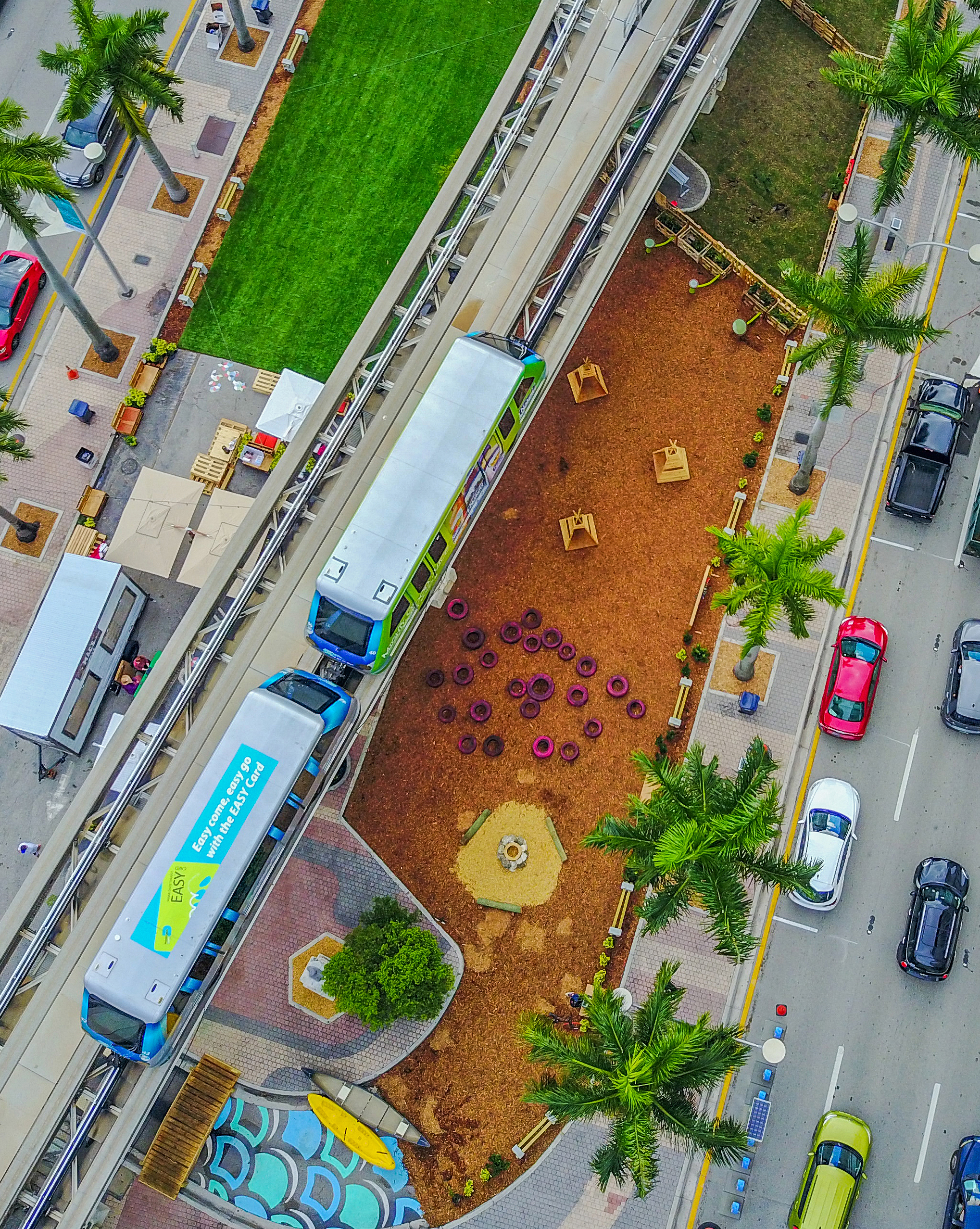